Do Phones Really Interfere With the Instruments? 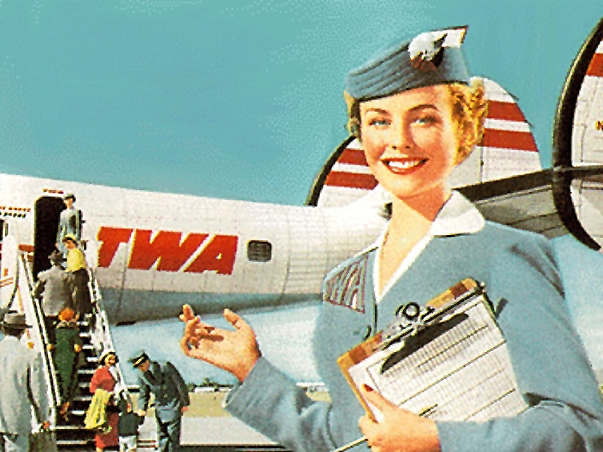 When it comes to your phone and other electronics interfering with aircraft electronics and instruments, the short answer is maybe. Does this make them dangerous to use during takeoff and landing? Probably not. Are flight attendants, who are charged with enforcing this rule under pain of discipline from their employers, and fines from the FAA, a little overbearing at times? Sure. Wouldn't you be if the usual folks to push it are the frequent fliers who know better, and are the same ones who try to explain to you why it's a stupid rule? Does the persistence of this rule really have more to do with bureaucratic inertia and ineptitude on the parts of both the FAA and FCC than with any real or imagined danger? Absolutely.

A little background: Electronics on airplanes or avionics, have traditionally been used for communications and navigation. Any radio is susceptible to interference from another nearby radio due to bleed over. Owners of ham radios are well acquainted with complaints from neighbors who can hear their transmissions over their TVs and radios. The noise you hear on your AM radio when you drive under a power line is the same thing, as your radio is picking up the RF (radio frequency) energy from the line. For this reason, the RTCA (Radio Technical Commission for Aeronautics) which advises the FCC,  first recommended a ban on inflight electronics in 1961.

Fast forward to today and the situation is only more complicated. While the avionics of yore were strictly analog and consisted of just radios, virtually everything on a modern airliner is controlled by digital electronics. This includes even the flight controls and engines. Aircraft manufacturers have replaced throttle and flight control cables with digital controls to reduce weight and to improve control of aircraft systems. When you look up front in the cockpit and see those large throttles, they're not physically connected to the engines at all, but simply relay signals to a computer which then electronically commands fuel valves in the engine to control thrust. All Airbus and soon all Boeing aircraft will have completely electronic flight controls, which means there is no physical connection between the cockpit and the wings. Some 737 aircraft which have been retrofitted with cargo fire warning systems actually transmit their own data to the cockpit by radio. Rewiring the aircraft was considered too cost prohibitive. Clearly, we don't want to interfere with those things.

On the other side of the interference ledger, consumer electronics have been revolutionized by digital electronics as well. While old "bag" analog cell phones might have transmitted with as much as 3 watts, modern digital phones are typically well under 1 watt and can be as low as 20 mW. They even self regulate their power output depending on the signal quality they receive. This is why leaving a phone on accidentally in flight will quickly drain the battery...it's searching for a signal at maximum power. Standard WiFi signals are also in the range of several hundred milliwatts. Most personal electronic devices (PEDs) are types of computers and while they may emit only tiny amounts of RF radiation, they are operating in the same frequency range as the computers on the aircraft. Of special concern here is the GPS signal upon which the aircraft depends for navigation. GPS satellites are in high earth orbit and their signals are quite weak, and might be blocked by closer transmitters that are bleeding over.

The end result of the melange of electronics on board an airliner is a cacophony of potentially competing signals from a radio spectrum point of view. We remember from our military days catching a ride in the back of an electronic reconnaissance (spy) plane. The pilot explained that because the electronics in back were so sophisticated and temperamental, no updates could be made to the cockpit without extensive testing and RF deconfliction. The same principle more or less still applies, but it is nigh well impossible to test and catalog the many thousands of different types of consumer electronics being brought on board and hence the general ban during takeoff and landing. Another potential problem is devices which are misbehaving electronically due to perhaps being dropped or broken.

The entire question then simply rests on risk mitigation or "do you feel lucky today, punk?". Well, do ya? A charter flight which crashed in 2003 in New Zealand killing eight, is usually cited as one that is thought to implicate a cell phone. The pilot's own phone was connected during the last few minutes. Whether the aircraft's electronics themselves were compromised is unclear. Overall, though, while the potential is certainly present, trying to determine whether any one anomaly noticed up front was caused by a cell phone in back is close to impossible without extensive instrumentation and controlled conditions.

While we routinely observe momentary anomalies in aircraft performance, interference in radio communications, and systems that just don't do what they're expected to do, there's no way to tell exactly why these things happen. Most are considered just annoyances, such as a bit of static on the radio, and don't impact operations at all. There are so many redundancies in systems and procedures, that only a truly major disruption in electronics would compromise safety, which we've never experienced nor heard of. Many airlines are even issuing their pilots iPads and other computers for use as approach charts and flight data computers to further reduce the weight of carrying flight book bags. These devices are required to be used during all phases of flight to include takeoff and landing.

So here is where the bureaucratic risk avoidance mechanism kicks in. Even though these devices are probably safe to use during takeoff or landing, no government bureaucrat is going to risk his job and government pension to sign off on lifting the ban...without the proper motivation. And as per usual, when dealing with a circle-the-wagons turf protecting agency such as the FAA, that motivation will come from political pressure. And sure enough, the hue and cry for relief on the use of PEDs in flight has become so great that this past August, the FAA announced the formation of an industry working group to address the issue. After that, rules will have to be written, comment periods observed, and maybe then some relief will appear. But, until such time as a consensus can be reached that both assures safety and gives the regulators some political cover should anything ever really go wrong, we'll all just have to carry along a real paper crossword puzzle for the time between pushback and ten thousand feet.