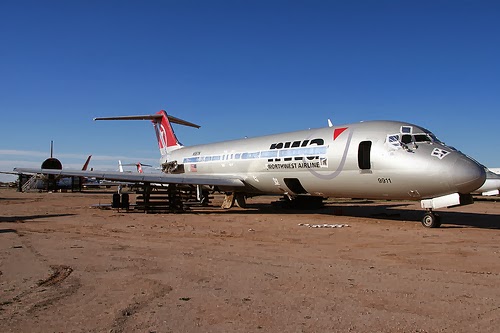 There has been much talk of the decline of the middle class during the so-called recovery. Anyone who cares to look can find a fusillade of statistics backing up the assertion that the middle class in America is slowly being bled to death. In things like retail sales or the employment rate the story told is one of the middle class slowly but inexorably hollowing out.  To be sure, the demise of the middle class is not due solely to the recession, but is also due in part to the dismantling of the American manufacturing base which has been happening for decades. Add in a government piling on with a war on wealth creation and the results are inevitable.

As the middle class sees its economic prospects dim, the great engine of consumption which was powered by the middle class, purchasing everything from automobiles to clothes to TVs is beginning to sputter. Retailers that serve the middle class such as JC Penney and Sears are seeing sales lag as median incomes decline. While Walmart has been warning on earnings, the Washington Post reports that America's second largest employer is now a temp agency. Recently as well, the non-partisan Congressional Budget Office has projected that the Affordable Care Act will result in the destruction of nearly 2.5 million jobs. Clearly, things are not well. Now this decline may be manifesting itself in another middle class consumer item: air travel.

Prior to the deregulation of air travel in 1978, flying was a luxury reserved for the well to do. Flights were expensive and flying was considered a province of the elite. That all changed with the Airline Deregulation Act of 1978 signed into law by Jimmy Carter on October 24 of that year. As the Civil Aeronautics Board (CAB) sunsetted, air travel became inexpensive and democratized. For the first time ever, middle class families and businessmen could afford to fly. With the collapse of oil prices in the early 80s, and the entrance of low cost carriers like Southwest, air travel exploded.

From 1980 to 2000, US commercial passenger airline enplanements more than doubled from about 310 million to over 710 million. Herb Kelleher, CEO of Southwest Airlines once commented that their main competitor was not another airline but rather the automobile. Southwest was drawing passengers out of their cars and into airplanes for short haul trips of several hundred miles. The middle class was now free to "move about the country" as a Southwest ad tagline put it. Flying to another city for a day to see a football game, once an activity reserved for rich playboys, was now within reach of the guys working in the mailroom and taking the family by air to grandma's for the holidays was becoming routine.

Something, though has been happening to the leisure air travel market. Southwest, our favorite airline, has been abandoning it's core competency of high frequency short haul markets. The old saying goes "dance with the one that brung you" but the one that brought short haul flying (the public) has apparently left the building. Southwest has acknowledged a dramatic drop off of domestic short haul traffic, and has responded with the abandonment of many short haul city pairs which were formerly profitable. Markets such as Pittsburgh-Philly, Indy-Chicago, Spokane-Seattle, and Reno-Oakland which have been the bread and butter of Southwest's short haul presence have been terminated leaving travelers the option of driving or staying home.

The reasons for this traffic collapse are varied. They are probably a combination of the hassle and time factor due to the TSA, and cost. While fuel has become more expensive for both automobiles and airlines, adding in the additional factor of a body cavity search by the dedicated and fully pensioned goons staffing the TSA checkpoints probably tips the scale in favor of driving four hours vice waiting at an airport for three hours for a one hour flight. Other factors which may be hurting short haul flying might be the increased fidelity of teleconferencing and as mentioned above, in an economy losing it's middle class, there are just fewer people with disposable income. The rich will continue to fly but there aren't that many of them.

The factor though that may most impact short haul flying is that it has been relatively cheap. Therefore, the persons most likely to fly to a nearby city might be either an employee of a small business, or a leisure traveler on a weekend trip. Both of these types of customers will be quite price sensitive. Make their journey just a little more expensive or time consuming and they will forgo the pain of flying for a Skype session or for watching the game on TV.

As most of the growth in air travel in the past few decades has been due to those of more modest means taking to the air, the new reality will hit airlines especially hard. Fuel prices are not likely to decline much below the current price of $100 per barrel and other costs are unlikely to moderate as government piles on regulatory requirements while labor demands an increasing share of revenue. Southwest, acting like a team without a conference, has been forced from their traditional pocket of short haul flying and is scrambling for the sideline of international flying while hoping to not run out the clock. Time will tell whether they can pull it off.

After the third of the mega-mergers has resulted in three gargantuan American airlines with globe-spanning networks and equally gargantuan loyalty programs, Southwest is again the runt of the litter. Too big to run under the radar as a nimble low cost carrier (LCC) as their costs approach and even exceed those of the new triumvirate, yet not large enough to challenge the giants in terms of network reach or loyalty rewards, they have their work cut out for them. Add in some labor unrest with six open labor contracts and operational miscues leading to abysmal on-time performance, and CEO Gary Kelly may need some real magic to pull a rabbit out of this dingy hat.

Don't count them out just yet though. With the Dallas Love Field restrictive Wright Amendment expiring this year allowing more flights out of Texas from Love, Southwest will be a formidable pain in American's side as Love Field is much closer to downtown Dallas. Likewise, Southwest's acquisition of 54 slots at Reagan National (DCA) as a result of a required divestiture from the American USAir merger will provide a huge presence in downtown Washington. Add in additional slots at New York's LaGuardia (LGA) and Southwest has it's foot firmly in the door of two very profitable markets. Southwest's opening foray into international waters this summer may help to offset their retreat from their humble origins as a three city intra-state carrier.