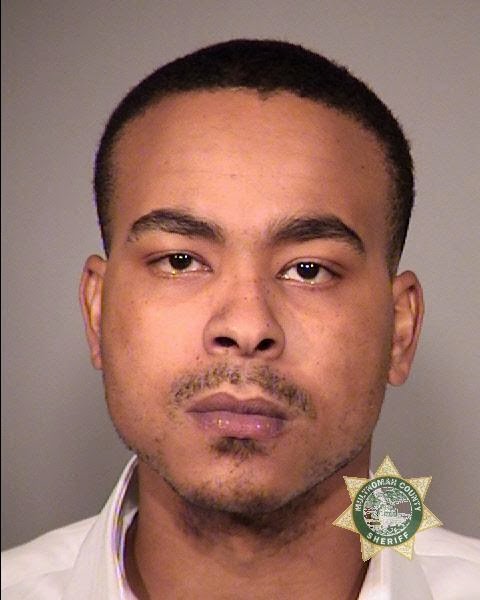 On a recent Southwest flight from Seattle to Sacramento, this fellow decided that he needed a little extra attention by being belligerent, profane, threatening, and generally unpleasant.

What is amazing is that this behavior started before takeoff:

The brouhaha began nearly the moment the suspect, identified in the documents as Lemar Sheron Rogers, boarded the plane Tuesday morning in Seattle and claimed he had a first-class ticket. He didn't. Nor did any of the 43 passengers. Attendants had to tell Rogers that the Sacramento-bound flight had no first-class seating. And they asked him three times to stow his luggage, according to a criminal complaint filed in U.S District court in Portland. "I do what I want," Rogers replied, the documents show.


And continued in flight:

Rogers started shouting at flight attendants that he had an emergency, telling one he wanted three glasses of wine, the records show. When the attendant said he could only have one glass at a time, the man's behavior escalated. "Get the (expletive) out of my face," he sneered. Then he said, "Jesus loves you," according to documents. Soon, the suspect was swearing at passengers, flashing gang signs and demanding to speak with the pilot, the documents say. A flight attendant became so frightened that she asked another passenger to help her restrain Rogers if he became violent, according to court records. Another attendant boiled a pot of water to use against the suspect if he tried to approach the flight deck, the records show.


The aircraft eventually diverted into Portland where the gentleman was taken into custody and charged with "interfering with flight crew". And of course he has already claimed that he was singled out for poor treatment because of his race. While it appears as if multiple federal felony counts could have been charged, only one relatively minor charge was made. The outcome of this one will be interesting.

Dealing with disruptive passengers is a minefield that most pilots would rather avoid but sometimes can't. In the days since 9/11 we've all been told that if we "See something, say something" in a Stasi-like command that seems unworthy of a supposedly free people. And calling out "suspicious" behavior, whatever that means, can get one sued, especially if the person being called out is a member of a protected class.

There might have been a time in the past when using an appeal to authority by having a pilot go back to the cabin to settle a matter might have been useful. Pilots are now under strict orders to never leave the cockpit, especially when there's a disruption as it might be a ruse to get the cockpit door open.

Even before departure a pilot venturing back to quell a disturbance can just as easily inflame emotions as to ease them. The pilot represents an authority figure and the customer's complaint with a ticket agent or other problem might well get unloaded onto an unsuspecting pilot who is in no way able to address the underlying issue. Plus, if someone is going to take a swing, it'll likely be at the pilot.

But on occasion the pilot's hand may be forced. There are a number of triggers which cannot be overlooked by aircrew. The most common one is alcohol. Guidelines from the FAA state that a passenger is unsuitable for boarding if they "appear to be intoxicated".

This throws a fairly wide net as it seems most airline passengers today are in some state of impairment. Obviously, having had a few cocktails while waiting for a delayed flight won't matter, but what will is if some other behavior coupled with the smell of booze brings undue attention from the crew or airport staff. Another rule of thumb is that any problem on the ground will likely be worse in the air where the flight attendants have fewer resources dealing with belligerence.

What the crew will be trying to do is to determine if there will be trouble later on such as happened on this flight. Even though Mr. Rogers may be facing federal charges, the crew of that aircraft could well come under scrutiny from the feds if they choose to pursue the issue.

Testimony will be taken from the TSA agents at the security checkpoint, the ticket agents, boarding agents, other passengers and crew members as to Mr. Rogers' apparent intoxication. If it is found that the gentleman was exhibiting signs of intoxication before departure, the crew could be potentially sanctioned by the FAA for allowing the customer onto the aircraft.

We as pilots occasionally play a little cat and mouse game with our ground agents. An agent may come on and say something like "we have a gentleman who's had a few cocktails and made a scene, but we've talked to him and think he's OK now". Being in the customer service business we all want to accommodate our customers and there was a time when that customer would be allowed to travel, but that is much less likely to happen today. At least on my airplane. There's very little upside and quite a bit of downside in this situation for the crew, especially in today's retributive atmosphere of very aggressive federal regulation.

My only other personal trigger is if I or my crew are cursed at. There are no specific guidelines for this but the logic behind it is if so little respect is shown to the crew on the ground, even less will be shown in the air where a problem might arise.

Luckily I've only had one incidence of this in 20 plus years of flying. On this particular incident a customer got crosswise with a flight attendant during boarding. This particular flight attendant, a very special snowflake and a generally worthless employee, was a fully empowered union member and refused to do an iota more effort than was required. Apparently a female customer who couldn't reach the overhead bin to stow her bag asked the flight attendant (who's a big guy) for assistance which was summarily refused.

Another male customer assisted the woman and apparently made a comment to the flight attendant which immediately put our snowflake into shriek mode, calling for the male passenger to be removed. I became aware of the kerfuffle as everyone was noisily proceeding forward when at that point the customer let loose a tirade of profanity. Until that moment, I would have been prepared to override the snowflake and let the customer travel but he tied my hands. Don't cuss at the crew!

An unfortunate byproduct of our hyper sensitized society is that everyone is on edge when getting on an airplane. Given a little bit of power, flight attendants become miniature commissars threatening to toss anyone off the flight who might look at them askance. In an equal but opposite reaction, customers who perceive the slightest disrespect, are just as quick to pull whichever grievance card they may happen to carry and cry about some dreadful -ism which is being unfairly applied.

It is of little wonder that the short-haul market for flying, which competes directly with the automobile, is collapsing.