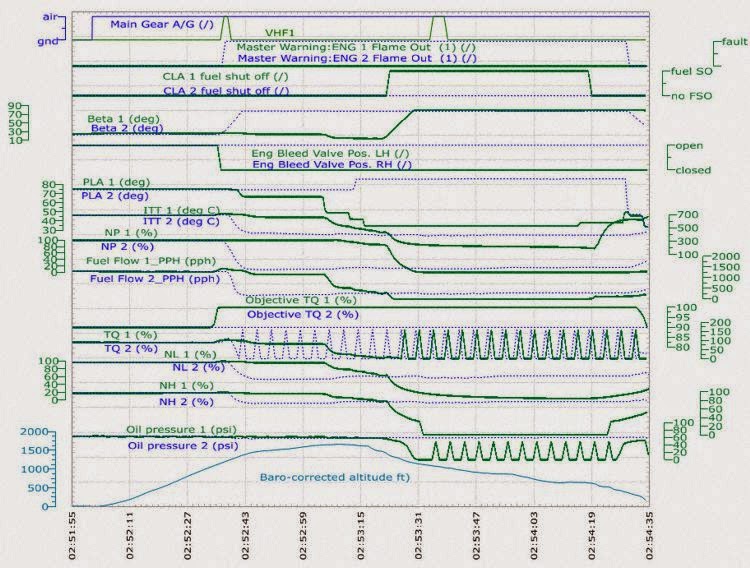 The ATR 72 also features an automatic yaw compensator which would automatically apply rudder to counteract any adverse yaw resulting from an engine failure.

All these automatic features are designed to reduce the workload on the pilots in the event of an engine failure on takeoff. What they cannot do is counter basic airmanship mistakes such as misidentifying and shutting down the wrong engine.

There has been some discussion that perhaps there were miswired engine indicators. This is not an unknown occurrence, but pilots should use all available resources to make a determination of a failed engine. This would include other gauges such as fuel flow and exhaust temperature and also the performance of the aircraft itself. The aircraft will always yaw towards the failed engine.

In any event, miswired engine indicators should be noticed on engine start. If starting the left engine and the right hand RPM indicator spins up, that would be a big clue. At this point there is no evidence of miswired gauges.

An engine loss of thrust at 1000 ft agl (above ground level) should be no cause to take rash action. The aircraft is flying and will continue to fly well with only one engine. In this event, a proper course of action would have been to continue to fly the aircraft to altitude and then to methodically proceed through engine failure checklists.