Is It Time for Air Traffic Control to be Finally Fixed? 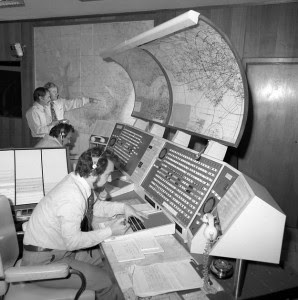 Air Traffic Control to be fixed? Fixed how, you might ask. The answer is to be separated from the FAA. Notice that I did not use the word "privatize" in the title. There's a reason for that. For one, the word privatize has become a pejorative and hackles immediately go up whenever the word is used in relation to a government entity. Secondly, the word doesn't accurately describe the changes that should be implemented to make our Air Traffic Control (ATC) system more efficient, less costly, and yes, safer.

The idea of separating the FAA's air traffic control system into a separate entity comes up every few years and seems to get batted about by the usual suspects making the usual arguments and then put away until the next putative reformer brings the subject up again. That may indeed be the case with our new administration and Congress, but somehow I feel that this time may be different.

And make no mistake, there are some very entrenched interests who like things just the way they are. Much of this sentiment is simply fear that when a large change is made, certain constituencies will lose out at the expense of others. These are valid concerns and should be addressed to allay fears and reassure all parties that the result will be beneficial, or at least neutral in cost to all players. But so far, 87 countries worldwide have already separated their air traffic control services from government to include Canada, New Zealand and Australia, none of them particularly bastions of unfettered capitalism. It's time we did as well.

There is no natural order in the universe that states US Air Traffic Control services must be organized under the FAA. The idea that ATC services are too safety sensitive to not be under direct government control falls flat. After all, the airplanes which are themselves being controlled are built, flown, and maintained largely by private individuals or privately owned corporations.

We allow private corporations to build and operate nuclear power stations, railroads, harbors, power grids, and now even space programs. All these operations are still closely regulated by their respective government regulatory agencies as would any separate ATC entity, but many organizational and financial advantages would accrue to a private or government owned ATC corporation.

Placing ATC operations into a corporation separate from a federal agency will allow for a much needed agility in the modernization of our air traffic infrastructure. The FAA has been trying for decades to modernize its ATC services and has succeeded only in spending billions of taxpayer dollars with little to show. Programs with names like the Advanced Automation System and NextGen instituted by laws such as AIR-21 and Vision 100 have proven efficient only in their ability to squander oceans of money.

Having ATC services in a separate organization funded by user fees would allow more predictability in budgeting rather than having managers expending resources on political concerns such as sequestration and appropriations. Separating an operational organization from a regulatory agency is also a better management model which helps prevent regulatory capture by operational concerns. Having access to private capital markets would assist in the finance of long term infrastructure as opposed to the current method of political salesmanship.

In virtually every attempt at modernization, political considerations inevitably make any progress difficult or impossible to achieve. Questions about who would end up funding the new ATC organization have made each of the players skeptical of a major overhaul. Each of the major users of our ATC system want to make sure that they don't pay more under any reorganization. And considering that each group feels that other groups aren't paying their fair share, reform has been difficult.

The FAA is funded mainly through excise taxes on things like passenger tickets and fuel and not through usage fees. The airlines, which purchase the lion's share of fuel and carry the most passengers therefore paying the most excise tax, feel that general aviation (GA) and business aviation users consume more ATC services than they pay for. They would like to see the funding mechanism converted into a user fee structure. GA users, who are more numerous and generally well heeled and politically active, resist these efforts through the activities of groups like the Airplane Owners and Pilot's Association (AOPA). Business aviation users fall somewhere in the middle of these two groups but are generally opposed to ATC separation from the FAA for fear that the airlines would dominate such an organization.

Any new ATC entity will have to address the concerns of all these groups but must also deal with the concerns of controllers themselves who will feel threatened by any move away from the government umbrella of federal wage rules and federal pensions. Their concerns are valid in that any new ATC entity would certainly employ efficiencies and invest in automation systems which could eventually reduce the numbers of controllers needed to operate the system.

Controllers' unions must be reassured that their members will not suffer financial penalties in the short term. They must also realize, however, that like pilots, their jobs are ripe for the application of automation and that controller ranks will be reduced over time regardless of who is writing their paychecks. Other operational efficiencies can only help their cause by reducing overall costs.

An ATC system which is separate from a stodgy and politically reactive agency such as the FAA will have a more stable and reliable source of funding allowing capital improvements to be made without the usual red tape. Badly needed modernization will result in a safer national airspace system due to the deployment of the latest technologies available in the most expeditious manner possible.

A separate agency free of political interference will also be more amenable to fostering a customer centric culture which can then concentrate on a primary goal of service and avoids conflicts of interest with the FAA's primary regulatory functions. Lastly, representation of all major users and labor in the governance of a new and separate ATC organization would ensure that all interested parties have a seat at the table while avoiding the political paralysis of the current system.