What Do You Want from an Airline Career as a Pilot? 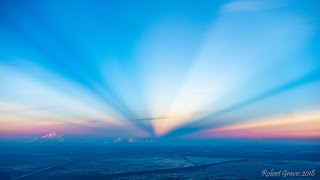 I'm getting to the end of my airline career. Oh, I'm not quite there yet, but I am close to the final turn and the PAPIs will soon be in sight. The FAA mandated retirement age is currently 65, and I'll be turning 60 next year. The retirement age was adjusted from 60 to 65 in 2007 and there are rumors that as the pilot shortage worsens, industry lobbyists will push to have the age adjusted to something like 67. Either way, I don't see myself schlepping my rollaboard through the southside 'hood to the crash pad into my dotage. 65 will be it for me assuming I pass a medical until then.

People often ask why I don't retire now. These are usually pilots junior to me, but it's a fair question. The reason I give is that the airline is a great part-time job. I generally fly only three days a week and rarely pick up flying. And if I wasn't flying, I'd probably just find a local cigar bar or doctor's waiting room to spend time chatting up other retirees on how good the old days were or how the darn kids are screwing everything up.

So with (much) more of my flying career behind rather than in front of me, I am able to look back and assess how things have turned out, and perhaps to give some perspective or advice to those who might be just starting out.

Without a doubt, I have had a blessed and charmed flying career. Starting in 1982 as a second lieutenant in the Air Force, and having never touched an airplane, I've spent every year since then at the controls of a jet aircraft. Hired by my airline at age 30, I found myself in the left seat of a 737 four years to the month of being hired. I now find myself close to the top ten in the seniority list in my domicile. With about 600 captains below me, this means I usually get the schedule I want assuming the company publishes it and Charlie C. doesn't take the line I want. C'mon Charlie, retire already!

There are some things, though, that I won't get to do. I won't ever be a widebody captain because my airline doesn't fly them. That means that I won't get to enjoy the over-water widebody lifestyle of 30 hour layovers touring in some exotic foreign locale or on a white sand beach. I also won't get the downside of back side of the clock flying nor the several day recovery period adjusting back to local time. (I did spend over a decade flying jumbos for Uncle Sam so I have that t-shirt.) Tradeoff? That depends on what you're looking for.

Which is the Best Airline to Work For?

Do you want to upgrade to captain quickly? At all? Is widebody flying on your list? Where will you make the most money? Does money matter, or is job security more important? If your spouse is a surgeon or other professional, maybe job security isn't as much of a concern. If you are the sole breadwinner, perhaps it's higher on the list. Where do you want to live? Does your chosen airline have a domicile there or are you willing to commute? Do you want to be home when your kids are awake? How about being able to bid vacation when they're on summer break?

All these are questions that you have to ask yourself, and many times you may not get a choice, but end up taking what is offered. If another offer comes along you'll then have a choice. Leaving an airline that hired you for another is a tough call, but it only gets tougher as you gain seniority. I've flown with profoundly unhappy pilots who wish that they'd jumped early on in their career but are not willing to give up the seniority they have to start again. This is a bit of the "sunk costs" fallacy, but you are only issued one life and have to make the most of it.

Keep Your Priorities in Order


I also flew with a young pilot some years ago who, at the end of our month together, announced that he was quitting to go to another carrier. He was a senior first officer looking at a captain class in a few months. He didn't dislike where he was, but rather was entranced by the thought of flying widebodies for another airline. In fact, he said that the toughest part about leaving was he really did like the people where he was.

That was in the spring of 2001. After 9/11 he was quickly furloughed by his new airline and probably spent years getting back into a cockpit. Was it worth it for him? We lost contact, so I don't know. Perhaps. Will there be another lost decade like the one that followed 9/11? Which airlines are best positioned to weather another storm like that?

I started looking for an airline job after leaving the active duty Air Force with just north of 2500 total hours, all of it in jet aircraft. I applied to all the major passenger and cargo airlines and a few of the minor ones. I got a job offer from only one, a minor regional airline, and the one with which I'm still employed nearly 30 years later.

Shortly after being hired in the early 90s, there was a mideast war and a bit of a recession. Most of the airlines with which I'd interviewed quickly started furloughing pilots, including many pilots I knew. Taking a job with a guard or reserve unit was considered furlough insurance so that's what I did as well. I never had to use that insurance policy, but knew many who did.

The quickest way to gain seniority is to find an airline with either lots of upcoming retirements, or lots of growth. My airline had virtually none of the former but lots of the latter. This allowed for a very fast four year upgrade to captain. It was, though, the last formal schoolhouse course I would take.

Even though my pay rate was not quite as good at times as some other major airlines, the time value of making that money for longer more than made up the gap. As a general rule, widebody first officer pay is roughly equivalent to narrow body captain pay, so when comparing airlines, look at your time to either widebody first officer or narrow body captain.

Consider also in your choice schedule flexibility and the ability to pick up flying. This varies greatly between airlines, but can significantly enhance your quality of life and pay. I don't pick up much flying, but we have some enterprising pilots who can routinely top 150 hours of monthly pay by working their schedules and taking advantage of premium pay rules.

It is difficult to convey the disaster in the commercial aviation community in the years following 9/11, unless, of course, you lived through it. Then you know all too well of the furloughs, bankruptcies, career stagnations and reversals that were emblematic of that dark time. It was also the time when mainline contract loopholes were exploited allowing an explosion of regional jet flying with pay so low that some pilots qualified for food stamp programs.

My airline was relatively unscathed by the carnage of that time, so while job security wasn't a huge concern, there were no significant raises coming either. A comparison with my wife's career is instructive here. She took a job with a major airline shortly after I got hired at my airline.


For a short while prior to 9/11, she outearned me in the right seat of a 75/767 by a significant amount. That didn't last. A few short years later, while she was in the right seat of a 747, I outearned not only her, but also the captains with which she was flying. Her line guarantee had also been slashed to the low 60s after the bankruptcy while my guarantee was at 85 hours, but my line flying was almost always above that number.

The tear in the fabric of universe has mostly healed since then, and our pay is roughly equivalent again with her holding down a senior 777 F/O seat. She'll lap me in pay once she takes a widebody left seat which is almost attainable for her, but it will be back to working weekends and holidays for awhile albeit for a lot more money. It will be her first left seat job after 25+ years of commercial flying.

Who won? That's a tough call. I'm jealous of her 30 hr HKG layovers and license with type ratings of all the Boeings save for the 717 and 787. We sure were thankful, though, to not have to worry about a furlough or bankruptcy after 9/11. I've also never flown a redeye from SFO to EWR for an eight hour layover, or any redeye for that matter. Twenty five years in the left seat of a Boeing has to count for something as well. Judging by the 401s (she lost her pension with the bankruptcy of her airline) the money will probably end up being close to equal.

As I mentioned at the start of this essay, I've had a charmed aviation career. I'd like to say I was smart about it all, but plain dumb luck probably played a larger part than I'd like to admit. That said, if you're just starting out, take a few moments of serious reflection to decide what is most important to you, and then make your decision of how to structure your career. Good luck! I'm here for you.