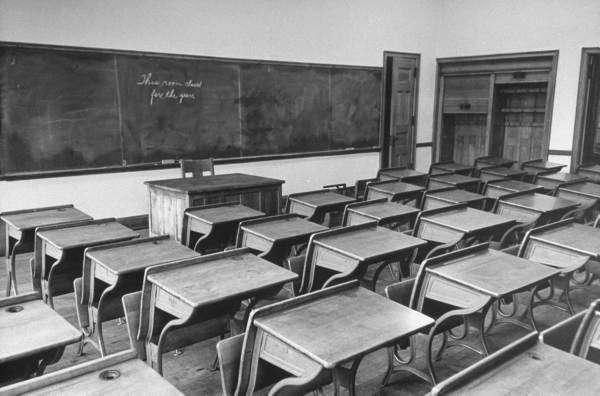 As the current pilot shortage worsens, two of the players, commuter airline managements and labor unions are turning up the rhetoric on what is actually happening and who is to blame. A recent article in Business Journals placed the blame squarely on "miserly airlines":

The nation's big airlines want you to know that there's a dreadful pilot shortage and they apologize profusely if their commuter-carrier partners cancel flights to your hometown airport due to the debilitating shortfall.

The nation's big airlines don't want you to know that their commuter carriers, which operate half of all the nation's commercial flights, often pay pilots so little that it's often financially wiser to drive a truck or flip fast-food burgers than fly a plane.


And in addition, what the author of the article also doesn't want you to know it that he doesn't understand basic precepts of economics (which is kind of embarrassing being a financial reporter).

As we've explained previously, a not insignificant part of the commuter airline pilot's compensation is the flight hours he receives in the course of doing his job. Those highly coveted hours, like passes caught or RBIs for ball players, are the stock and trade of aspiring airline pilots. Without the minimum number of hours required, they cannot even apply to a major airline for a pilot job where the real money is.

In fact, were it not for the quest for flight hours, pilots would never even consider working for the admittedly low wages offered by the smaller cargo and commuter airlines. It is an unstated deal that young pilots stay with commuter airlines only until such time as the pilot gains enough hours to move up to a major airline.

The other half of the equation is that since commuter airline managements know their valued pilot employees have no intentions of making a career at their podunk airline, but are there only to gain hours, there is simply no point in paying any more than is necessary. A basic economic tenet of staying in business is to pay your employees only what it will take to retain them and no more. Not miserly, just common sense. It's not a charity.

Doing that is apparently also some sort of crime according to social justice warriors masquerading as online business 'zine reporters who conflate a profit making enterprise with a social cause.

Normally taking between six and ten years to gain the required hours to join a major airline, commuter airlines might be thought of as a minor league for the major airlines. You may have noticed that minor league baseball doesn't pay much either.

Commuter Airline Managements Have a Problem

This gentleman's agreement of low wages in exchange for flight hours has now been put in jeopardy by several new government regulations mandating hugely higher hours requirements to even get a commuter pilot job. These flight hours must now be purchased and this raises the entry bar to many tens of thousands of dollars to get that still very low paying job. This effectively destroys the calculus young pilots count on to start their careers.

It also throws a wrench into the business plans of commuter airlines who now complain that they don't have enough pilots to fill their cockpits. Their sweet deal of paying pilots food-stamp qualifying wages is also coming to an end. Pilots will now be required by government regulations to purchase their own hours to qualify for any flying job, and will need to service their flight school loans with higher wages.

This whole process begs the question of why huge numbers of hours are needed to qualify for a major airline job anyway. Around the world there are countries without large commuter airline establishments from which to draw pilots, such as Japan. These countries have what are called ab-initio aviation programs which take a pilot from novice to the right seat of a major airline in about a year with only several hundred hours of intensive instruction.

The US military effectively operates such a program with it's undergraduate pilot training, placing pilots in their 20s with only several hundred hours experience into the cockpits of widebody airliners. If this is the future of US aviation, the commuter airline managements may well have a real problem on their hands. The future may be pilots taking out huge loans for ab-initio programs and leapfrogging commuter airlines straight to a major airline job.

So why don't the 'miserly' commuter airlines simply up the pay of their pilots to attract and retain them in sufficient numbers? It's simple: they can't (and expect to stay in business). Their economic models are built on the assumption of cheap pilot labor and their margins are so thin that increased pilot salaries make them into money losing operations at current fare levels.

So why don't they just raise prices to cover the higher salary costs? A trip back into the Econ 101 textbook reveals that for a demand elasticity curve which is not vertical, a higher price will result in less demand for a given product. In English this means that if the already high price of a commuter flight goes even higher, maybe it'd be easier to just watch the game on TV rather than fly to see it. Or perhaps the businessman doesn't have to attend the meeting in person but rather by Skype. (These are called substitute goods). People will fly less and the business will shrink or cease to exist.

And as airlines must sell their product in prepackaged amounts, (the number of seats on their aircraft), below a certain level of demand, service to a particular city becomes a money loser at any reasonable price. It is well known that smaller aircraft have higher per seat costs to operate, which only makes the problem tougher. Time to sell.

Right on cue, labor groups have been crowing that the lack of pilots to staff commuter airlines is just desserts for stingy airlines due not to increased government regulation (which labor itself championed), but rather that managements have paid sub-par wages for too long and pilots just woke up one morning deciding not to take it anymore.

Alpa, the largest airline union, calls the shortage imaginary, instead choosing to call this a pay shortage. Well, semantics aside, if you one day go to the grocery and find that your customarily priced $3 bottle of orange juice suddenly jumped to $12, it is doubtful that your first impulse would be to think that gee, I've been paying too little all these years! No, you'd probably think that an early freeze caused a shortage which caused the price to jump.

Labor is realizing that a shortage labor-supply mismatch may in fact work out in their favor. That is, in favor of pilots who already have an airline job. The new federal regulations, which quintupled the flight hours needed to get an entry level commercial pilot job, are what's known in economic terms as a barrier to entry.

Barriers to entry are popular with already established members of a particular profession or business as they serve to limit competition and thereby drive up wages or profits. It's been said that the toughest part of becoming a doctor is getting into medical school and that the difficulty serves only to enhance doctor wages. In fact most professional credentialing has some element of this going on.

The taxi and car-for-hire business is being disrupted to great consternation by mobile-paged car services such as Uber and Lyft. They are being ferociously fought by taxi companies and the urban regulatory bodies which profit through control of outrageously priced medallions or licensing requirements.

So this is all well and good if you already have your airline job and are far enough up the list to avoid a furlough should your airline need to shrink to profitability. No where in any economic text book does it state that any particular service should exist and be generally available to the public at a reasonable price. The commuter airline business model may just find that given current fuel and increased labor costs, the service simply can't be provided as a mass commodity.

One need only think of the fledgling space taxi business. We have the technology to routinely fly passengers into space, but with only the occasional billionaire dilettante as a willing passenger, the demand for space plane pilots is small.

Commuter airlines may shrink into a boutique or air taxi operation for very wealth clients in the model of the current fractional ownership of private aircraft, at least for many smaller cities. That would mean the pilot shortage solves itself on the demand side with commuter pilots being furloughed or shrinkage of the industry through attrition.

The winner in all of this? Well, not the small city customer who, when he can even find a commuter flight, will pay through the nose. And certainly not aspiring pilots who will now need to borrow tens of thousands of dollars just to get their first job. And perhaps not even existing commuter pilots who find their companies shrinking due to decreased demand.

Who wins? Flight schools may see an uptick in students who now have to purchase (at about $120/hr) their experience. Probably lending institutions making loans to these aspiring pilots. And most certainly the politicians who get to claim that they "did something" for the aviation industry.