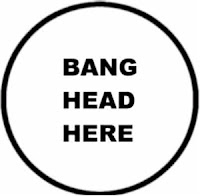 Have you ever been on a flight where everything just seems to be going wrong before takeoff? You think you’re going and then you’re not. There’s a problem. Then the problem is fixed and you're going again. Then there’s another problem and you’re not going. And it goes on like this for a while until either you end up finally going hours late or the flight is cancelled.

As frustrating as such a scenario is for you, it’s equally if not more so for the crew. Even though it may not always seem that way, no one wants to get you where you are going more than the crew on your airplane. In most cases, the cause for the problem is out of their hands but they are the ones left trying to make it all come together while not running afoul of the myriad rules thrown in the way.

Let me tell you a story about what happened recently to a friend of mine at another airline while trying to get the job done amidst a raft of problems. He’d like to stay anonymous for obvious reasons so let’s just call him Rob Joe. The trip started out somewhere in the Midwest and was scheduled to pass through LaGuardia and then Atlanta before finishing in Chicago. Both LaGuardia and Atlanta are known for delays so Joe was hopeful that the day would go smoothly, but realistic in his expectation that it would not. He was not disappointed.

La Guardia is Another Word for Hell


LaGuardia is a hopelessly congested airport.  Even though it is slot controlled, meaning that there are restrictions on how many airplanes are allowed to land, someone must have paid someone off so that on any given day a line of 30 or more airplanes waiting to take off is the usual order of business. This day was no different. A departure rate of one takeoff every two minutes meant an hour delay from pushback to takeoff.

Well there was no worry because such delays have already been baked into the cake with a padded schedule and extra fuel on board for the wait. But, as the company had planned the flight for only a 30 minute delay, the actual hour that it took put them 30 minutes behind.

The arrival into Atlanta was busy but uneventful. Rain showers had been predicted but held off. The flight to Chicago was the last leg of the day and so far it looked like the flight might be only slightly delayed due to LaGuardia. Pushing back with a full airplane,  Joe elected to taxi out on one engine to save some fuel. The second one would be started a few minutes prior to takeoff.

Here’s where it started getting weird. There is an uphill grade on the taxiway leading to Atlanta’s runway 26 Left, the takeoff runway that day. There’s also a restriction on the maximum thrust allowed during single engine taxi so as not to blow anything over with jet blast. Unfortunately, that setting was too low to get the full airplane up the slope so Joe directed his copilot to start the other engine.

Just then, another airplane reported that they had hit a bird on takeoff, suspected some engine damage, and were returning to the airport. This meant that the runway was shut down until ground operations could send someone out in a truck to inspect the runway for bird or airplane parts. This meant more delay and with two engines now running it might mean a return to the gate to get more fuel if the delay was extensive. So Joe shut an engine down again to wait.


After about a half hour and the removal of bird remains, the runway was opened and the conga line started moving again. As he approached the runway, Joe again asked for the second engine to be started. His copilot dutifully turned the switch…and nothing happened. The engine wouldn’t start. It wouldn’t even turn over. They checked for popped circuit breakers and rechecked that the engine was receiving starter air which it was. Everything was in order but it just wasn’t happening.

This meant a gate return. On the taxi trip back in they tried it one more time and of course it turned right over, but after any anomaly like that, a mechanic needs to inspect the engine. The mechanic was waiting at the gate and had a good idea that the pneumatic start valve was sticking, which it was. When Joe asked how long for the repair, to his surprise the mechanic said 10 or 15 minutes.

And he was right. It only took a very short time to fix the motor. In the meantime, though, the air-conditioning had to be off while the mechanics worked on the air system. The poor passengers were cooking in the Georgia summer heat. Ground air was hooked up but it was no match for the Southern cooking they were experiencing.


Soon enough, though, the plane was fixed and they were ready to go. Except for one new problem. The pilots were about to go illegal. With their original day scheduled at about 8 hours of flying, the delays had taken them close to going over 9 hours of actual flying or “block” time.

New rest regulations passed by Congress in the wake of a regional airline crash a few years ago now mandated maximum flight hours regardless of either how the pilots felt or any delay status. Under the old rules, pilots could finish a trip if the trip had been planned to be under the limit but exceeded them due to delays. Legal to start meant legal to finish. The new rules now allowed for no exceptions regardless of how the pilots felt. And they felt fine but it didn't matter.

Given the amount of time they already had on the clock, they were allowed exactly 19 minutes to get airborne or by law they'd have to taxi back to the gate. A truly tall order in Atlanta. Well they pushed back and taxied out to find only a few airplanes in front of them. But as luck would have it, another airplane had a problem and needed to go back to the gate. This caused more delay. As the clock clicked through 17 and then 18 minutes, the other plane cleared the runway. As Joe taxied over the runway threshold, the clock showed 19 minutes. It looked like they'd make it. Or so they thought.

You Are in Violation


Well they did take off and flew uneventfully up to Chicago. Upon landing, though, there was a phone message waiting for Joe to call scheduling. The scheduler informed him that he had taken 20 and not 19 minutes to takeoff and was therefore in violation of Federal Aviation Regulations. A criminal. This made him subject to enforcement action by the FAA, and the airline. That meant potential investigations, lawyers, and fines.

See, the onboard clock doesn't log the airplane airborne until the wheels leave the ground and the weight on wheels switch is triggered. It must've clicked over to 20 minutes sometime during the takeoff roll.

The scheduler advised Joe and his copilot to fill out a special safety form which under certain circumstances can provide immunity from punitive actions. The idea is that people won't be forthcoming with safety information if they are under threat of prosecution. So that's what they did. As of this writing, they haven't heard anything back and may be in the clear, but won't be sure for some time. The wheels of justice turn slowly but inevitably.

A Cynic is Born

If you've ever wondered why airline employees might seem just a bit grumpy at times, perhaps this little tale will help you to understand. Those who lean forward to make it all work can at times end up walking into a propeller as reward for their efforts. Should that happen too many times, you might find people who don't lean so far the next time around.

Joe and his copilot discussed calling it quits before going but just thought that the poor folks in back had had enough. The copilot even lived in Atlanta and therefore had extra incentive to call it a day. Heck, Atlanta is a crew base for Joe's airline so they would've been easily replaced...after another two hour delay getting reserves to the airport.

Well it all ended happily (I think), and 139 good folks got to their homes and/or meetings or weddings, or wherever they were going albeit a few hours late. That's what it's really all about.