When Choosing an Airline, Choose Wisely! 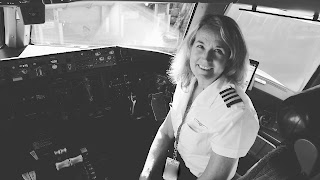 It should not be news to anyone working as a pilot that the airlines are hiring. With many thousands of pilots retiring in the next decade, the major airlines need to hire thousands of pilots just to maintain their current manning levels. Any growth will mean hiring even more.

This hiring binge is causing headaches for the traditional sources of pilots, the commuter airlines and the military. For various reasons I've written about in recent posts, fewer young people are opting for a career in aviation, meaning that as the major airlines hire pilots away from the commuter airlines and the military, those organizations are having trouble maintaining their manning levels.

For the young pilot who has his or her ratings and is ready to make a move to a major airline, times could not be better. All the major airlines are currently hiring and are offering long and lucrative careers as an airline pilot. The question is, which airline is the best to work for?

The simple answer, of course, is that the best airline is the one that hires you. If you only have one offer from a major, then your choice is an easy one. All the major airlines will provide a secure and comfortable flying career. Should you be lucky enough to have offers from multiple carriers, which is increasingly likely, your choice becomes more complicated.

Seniority, or the order in which you get hired, determines your quality of life for the next several decades. That guy or gal sitting in front of you in new hire class? He or she will be senior to you until one of you retires and there's nothing you can do to change that. Seniority will determine the days you fly, the quality of your layovers, which base you can hold, and the equipment you will operate. These all add up to quality of life and pay.

Being senior means you get both quality of life and better pay (by flying larger equipment or bidding better trips). Mid level seniority means you can have one of these or the other but not both, and being junior means you get nothing (and like it)! Obviously, being senior is better, but you can choose the airline at which you will gain the most seniority in the least amount of time by doing a little homework before accepting an offer.

The most important thing you will need to ascertain is the number of expected retirements of pilots senior to you when you get hired. For instance, if your prospective airline has not hired for a long while and is now just getting started, that means many of the pilots working there will retire after a short while, thereby clearing the way for you to become senior.

Conversely, if you are getting hired near the end of a long hiring binge, that means the relatively young pilots who were just hired, but are senior to you, will be there a long time before retiring, keeping you in the right seat or working weekends and holidays for a large part of your career. Getting hired at an airline full of old pilots is best.

You should consider the overall financial health of any carrier you wish to join. Currently, the big four US major airlines, Delta, American, United, and Southwest, make up about 80% of airline capacity and are all in great financial shape. But then again, they should be with a good economy and cheap fuel. You will want to consider what happens when the economy goes south or fuel gets expensive.

Smaller carriers such as Alaska and JetBlue may be positioned less well to weather a substantial economic downturn. Then there are the ultra low cost carriers such as Spirit and Frontier that have carved out niches with a bare bones product. They are small, but at least in the case of Spirit, they are growing fast. I've had several Spirit pilots on my jumpseat say that they are there for the long haul and not considering looking elsewhere.

You will also want to consider the equipment that your prospective airline flies. Widebody international flying will generally provide a better quality of life in terms of days worked and length of layovers, but back side of the clock flying can take its toll on your health over time. Many pilots consider being a widebody F/O as a career destination as the pay is close to narrow body captain pay and the schedules and layovers are good.

Take into account the type of bidding system your prospective airline employs. Preferential bid systems are generally reviled, but being senior under such a system means you always get everything you want. As an example, a good friend of mine, who is the number nine 737 captain at his airline with a PBS system, routinely gets four or more 30 hr Maui layovers monthly because he likes them. I, on the other hand am the number fourteen 737 captain at my airline with a traditional bidding system and can only bid the lines that the company publishes. To get longer layovers in warm locales, I have to suck up things like four day trips and 11 hour layovers in DTW.

There has never been a better time to be starting a career in aviation. There is a world wide pilot shortage and airlines are hiring pilots as fast as they can. Make sure to project your career aspirations at any carrier you are considering with an eye towards your seniority attainment to make the best decision. Good Luck!