This Job Can Kill You! 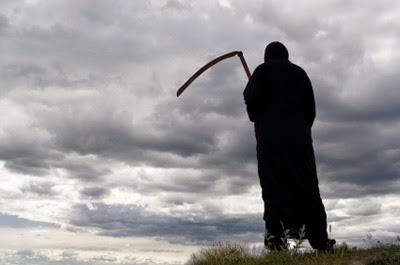 Elsewhere in the news this week I found an article in the Telegraph which breathlessly states that about an hour in a cockpit at altitude will expose a pilot to the equivalent UV radiation he would get from lying on a tanning bed for 20 minutes.

So here's to tanning. It didn't seem to hurt George Hamilton's career much and the ladies seem to like the look, so there's that.

Well there's always something that's going to kill you, isn't there? If it's not melanoma from sun exposure, it'll probably be some other exotic cancer which will be the result of increased radiation experienced in the upper reaches of the atmosphere where there's less protection. Or perhaps years of breathing the ozone prevalent in the stratosphere will take you out. I thought that stuff was going away, though.

I've always thought that my largest risks for extinction came from a combination of driving to the airport, walking to my crash pad in the hood, or most likely decades of eating airport and hotel food. I'm well into the heart attack years and several times a year I hear about some poor schmuck at the airline waking up dead from a bad ticker. One guy recently went out in his commuter hotel in the ghetto, poor bastard.

It's almost enough to make one want to drive over to the gym. Luckily, cooler heads usually prevail.

I operate on the theory that God only issues so many heartbeats, and only a fool would run through them more quickly than necessary. The joke goes that I want to go out like old Joe, peacefully asleep and not screaming in panic like his passengers.

If by now you've noticed a certain macabre insouciance in this essay, that's because it's intentionally there. It also was a great opportunity to use the word insouciance which doesn't happen every day. Who said the French never gave us anything but stinky cheese?

Better to Die than to Look Bad


The piloting profession can kill you and not just through the deleterious effects of the lifestyle. I've personally known perhaps four pilots who have died in airplane crashes over the years, both military and civilian. It's accepted as an occupational hazard.

It's also the source of much of the romance and lore that surrounds aviation. The enduring image of the intrepid aviator sporting oil spattered goggles, leather helmet and silk scarf (used to wipe the goggles) flying off in his Sopwith Camel to do battle with the Hun was more than just the inspiration for Snoopy comics. There was a very real and good chance that he wasn't coming back.

Pilots are proud and supposed to be unflappable under pressure. Displaying a lack of composure to other pilots in particular is always to be avoided. One old aphorism from the fighter world advises that it's better to die than to sound bad on the radio.

And it's not that pilot's don't get scared. They do. Letting it take control though is the most unforgivable of sins. Viet Nam F-4 pilots would start their day with the routine of "Get up, throw up, go up" and they weren't throwing up because the food was bad.

The cocky bravado found just under the surface of all pilots is part defense mechanism but also part of a necessary self confidence. For when the poop really hits the prop, which still happens with routine regularity, no one is going to save your little pink backside except you. You're on your own.

Airplane catch on fire? Get it down now or die. Lose pressurization? You've got six seconds to get the mask on or it's nap time. For everybody. Even one of the newest most magnificent super jumbo Airbus A380s nearly fell apart recently almost killing 440 passengers and 29 crew. Skillful piloting and good decisions saved the day.

I'm always amused when passengers getting off the airplane call up to the cockpit and shout "thanks for the safe flight" or something similar. As if they weren't on the airplane I'd have been much more careless. Here's a little secret: I fly with care primarily to keep myself safely away from the deadly embrace of terra firma, at least until it's time to land. But also to stay out of the chief pilot's office.

We make jokes about the guys who "bought the farm". Even the bar at Randolph AFB where I went through pilot instructor training was named the "Augur Inn", a reference to crashing. Somewhere in the pilot psych, survivors subconsciously believe that they've lasted this long because they were doing it right, and the guys that didn't, weren't. This is sometimes silly because some crashes are completely out of the control of the pilots.

This bothers us. We don't like to believe that we are the subject of a random fate over which we have no control. Fate can cause bad things to happen, but through strength of will, expertise and yes, luck we hope to prevail. I'm borrowing a riff here from Ernest Gann's Fate is the Hunter, one of the best books ever written about flying. The thrill is in the hunt itself.

But in the end something is going to get you, and who wants to look at an untanned corpse at the viewing?