The Airlines are Colluding to Raise Ticket Prices...or Are They? 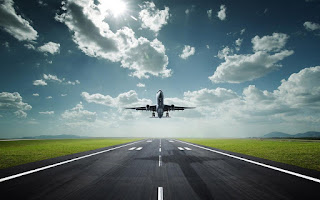 The US Justice Department recently announced a probe of the four largest US airlines alleging that these airlines have illegally colluded to restrain capacity and to thereby keep fares high. While the airlines deny any wrongdoing, Justice is requesting internal documents and communications from the big four airlines concerning capacity plans.

Whatever else you may think of them, CEOs in competing companies are certainly not stupid enough to be caught calling one another on the phone to coordinate their efforts. It seems more likely that this "investigation" is a political fishing expedition which will likely come to naught. Even so, let's take a look at how we got here.


The great investor Warren Buffett once quipped that as far as airline investors were concerned, they'd have been better off if the Wright Flyer had been shot down. There's much truth in that statement. Buffett further observed back in 1992 that the net profit since the dawn of commercial aviation up until that time was zero. This was also true.

For various reasons, the airline industry has defied all efforts to make itself consistently profitable, at least in the years since deregulation. The industry has always appeared to have only two modes of operation: either wildly profitable or bankrupt. These two states have often been experienced by the same airline over very short periods of time.

Economists have gone on at length to explain the reasons for this boom and bust cycle. Some point to the cost inputs that rely on very expensive capital goods such as jet aircraft, and a dependence on a commodity, oil, which comes from an unstable part of the world and is subject to whipsaw pricing, geopolitics, and currency manipulation.

Others point to overreaching labor unions, or the nature of network organization which rewards the larger network with ever more traffic. Think of cell phone coverage here and the advantages a larger network confers when trying to sell phone plans. People want options when redeeming their frequent flier miles, and they also want the ability to stay with one carrier to build those miles.

Still others point to the low marginal cost of producing the product, which is known as a seat-mile. When an airplane departs with empty seats, the revenue from those seats is zero. So like a supermarket trying to clear out day old bread before spoilage, any revenue gained by putting another passenger aboard the airplane goes almost entirely to the bottom line. This is because the marginal cost of carrying one extra person on the airplane is nearly nil. Airlines are therefore incentivized to lower fares below their average cost to fill empty seats.

In the wake of deregulation, airlines realized that because of the network dynamics mentioned above, growth was the key to market success. These two forces, a need for growth and the low marginal cost of production, often saw airlines pouring capacity into the market and then attempting to undercut competitors to fill their seats. Hence the birth of the airline fare wars.

It was the ensuing fare wars that caused the post deregulation economic carnage among airlines. In the period since airline deregulation in 1978, 55 airlines have declared bankruptcy in the US. While many of these airlines were smaller or regional carriers, nearly all major US carriers have also reorganized under bankruptcy law.

Airline managers eventually came to realize that beating each other over the head by throwing capacity at the market has been a failing strategy. They knew that growth was key but as with a crab trying to escape a bucket, those remaining would always pull the leaders back down. The problem was that there was no way out of the trap.

Multiple trips into bankruptcy transformed some carriers into so-called "zombie" airlines. They could never prosper but they wouldn't die. Bankruptcy allowed the zombies to shed high labor costs and debt and to continue operations, but they still couldn't grow. Attempts to merge were turned back by government antitrust watchdogs. United's attempted merger with USAir back in 2000 was denied on antitrust grounds for instance.

All that changed in the later 2000s. After a string of bankruptcies in the wake of 9/11, the Bush and then the Obama administrations approved a long sought after series of mergers and acquisitions by the largest US carriers. From the approved consolidations emerged four large airlines which now represent nearly 90% of all airline capacity in the US.

In the time since the approval of the last round of mergers, and assisted by a drop in fuel prices, airlines have been making money hand over fist. The latest round of earnings saw the big four airlines hauling in billions of dollars of revenue while 2nd quarter return on investment for the sector was an extremely healthy 34%.

We're From the Government and We're Here to Help

It's been said that anyone who works for the Justice department's antitrust division operates under a sneaking suspicion that someone somewhere might be making a profit (or too much of one). That may or may not be true, but in the case of US airlines, making a ton of money immediately following a wave of mergers may have been the triggering event for this investigation (never mind that Justice itself approved the mergers).

Airlines were also quick to add fuel surcharges when oil prices spiked to over $100 but have been reluctant to repeal those charges now that fuel prices have retreated to below $50 per bbl. Adding to the suspicion among the flying public that something is amiss is the sardine like conditions that exist on most domestic flights as they all seem to be completely full. It wasn't too far in the past that one might occasionally have an empty middle seat. Now they're quite rare.

And as anything that the federal government does is informed by the current political winds, it probably was seen as prudent by Justice department lawyers to be seen doing something to address this issue if for no other reason than to stave off inconvenient questions to the boss in press briefings or congressional hearings.

Yes, But Have the Airlines Really Been Misbehaving?

As I mentioned above, for CEOs in competing companies to even talk to one another is extremely unwise and simply not done. This also goes for the whole corporate structure, so it seems unlikely that any "smoking gun" indicating collusion will be found. It seems that Justice will have the daunting task of "proving" that airlines are voluntarily growing more slowly than they would otherwise. This will be an exceedingly difficult task as there is no way to prove what a "proper" growth rate should be.

The Wall Street Journal even noted that over the last year airlines added an additional 859 million seats or 3% to the US market. Airlines may well be constraining growth over previous decades, but this seems more of a realization that past practices were disastrous for the industry as a whole rather than evidence of malfeasance. Southwest's stock price was clobbered earlier this year after it made public plans to accelerate growth. The airline later offered a "clarification" to walk back its growth estimates.

What's more likely happening concerning airline growth plans is that discipline is being imposed on airline managements by stockholders with memories of the bad old days. Bad old days for investors, that is. The flying public, and their public servants, on the other hand, miss the $49 fare war days.

Email ThisBlogThis!Share to TwitterShare to FacebookShare to Pinterest
Filed under: airlines, economics, management