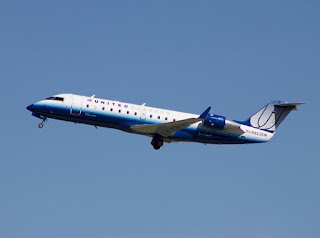 A recent article in the Wall Street Journal (gated) made the claim that the ongoing pilot shortage is responsible for a drop of 50% in the value of Republic Airways stock. This is an unprecedented claim.

What this means in less technical terms is that "this s#!t be getting real!"

Republic maintained that their inability to reach an agreement with their pilot union coupled with an ongoing pilot shortage resulted in a reduction of about 4% of their flying and causing 2nd quarter results to come in well under analyst expectations. Last year Republic parked 27 of its 243 aircraft due to a lack of pilots according to the carrier.

An irony here is that while dragging out labor negotiations is a tactic often employed to avoid raises for unionized employees, the current stall in talks is now hurting Republic's ability to attract new hires and to fulfill contractual commitments.

The Government Accounting Office, coming a little late to the party, said they had "found mixed evidence" regarding the extent of a pilot shortage. Being astute as ever, what they've discovered is that the major airlines are as yet having little trouble attracting aviators away from the regional airlines. The real difficulty is being felt by the regional carriers in replacing those disappearing pilots.

New government experience requirements have effectively closed the door to all but the most committed of new pilots. Only those who are willing to spend the better part of $100k dollars for a career which starts at about $20k and takes decades to reach the top tier are applying. New rest regulations are also reducing pilot productivity by 5 to 7% which increases the numbers of pilots the majors need to hire.

The regional airlines themselves have little ability to increase revenue to cover the needed increase in salaries to attract new aviators. This is due to the long term fixed fee service agreements they have with their major airline partners. They have in effect wet leased their aircraft for a fixed rate and can only increase profit through cost cuts.

It is this financial arrangement which allows the regionals very little wiggle room. There may not be a way out of this maze other than reductions in service. Republic Chief Bryan Bedford is even on record saying that the airline business will necessarily get smaller.

What he actually meant by that statement is that the regional airline business will have to get smaller. As the economics of regional feeders evaporate, the majors may take some of this flying on themselves as I mentioned in a recent post.

In the short term, look for 90 seat or larger regional airliners to become more prevalent as they have more advantageous economics. This trend may, however, leave smaller cities without service entirely.